Updates to Robert A's profile since your last visit are highlighted in yellow. 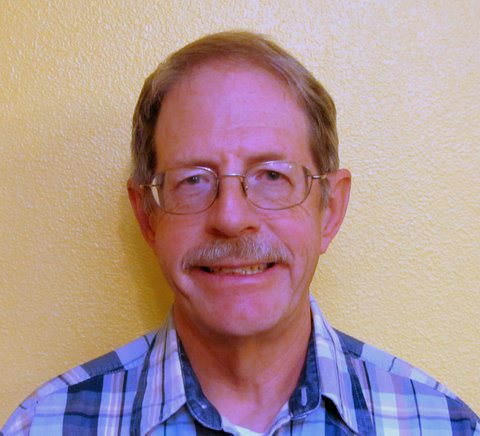 Just after graduation from HHS, I took the Greystones staff to the Merion Gold Course to look at the heavens through my 6-inch telescope. (This was before the golf course was completely fenced off.) Twilight was falling, as we looked at the stars. Then a police car showed up, and the policeman told us we were trespassing! Our classmate Ted Erfer asked the policeman if he would like to look through the telescope, and he did. That distracted him, and we were able to finish up our observing session.
There are many other stories I might be able to relate if I had time to page through my journal of the years 1962-65, but that will have to wait for another time.

Here's wishing you a Merry Christmas. I remember with joy our meeting at the Denver airport some years ago. We had a good year with the orchard and nursery here and have not been affected by covid-19 ourselves. I hope you are staying well. Are you still pursuing your career or have you retired?--Bob Purvis

Bob,
Hope your Birthday finds you well. Have a very good day and a great and memorable upcoming year.

Bob, Hope all is good in Idaho. Happy Birthday. Have a great and healthy year.

Bob,
Hope your 70th birthday is a happy one. Have a great upcoming year. Hopefully, will see you at reunion #55.
Gerry

Just wanted to wish you a Happy Birthday. I see that you served in the USMC. Where did you train, and where did you serve? At the University of Delaware, Army ROTC was compulsory for all male freshmen and sophomores. I did not take the Advanced course there, but I was admitted to Advanced Army ROTC at the University of Virginia and was commissioned thru that program in June 1971 as a Signal Corps officer. I spent much of my three years of active duty at Fort Greely, Alaska as a test officer. Thanking you for having served, your classmate Bob Purvis.

I first met Tom McDaid in eighth grade at Haverford Junior High School.  We ate lunch together with two other boys regularly in the cafeteria that year.  What I remember about Tom is his going out for the wrestling team although he did not have a lot of natural athletic ability.  Tom persevered and eventually earned a letter sweater.  His example was an encouragement to me as a member of the HHS cross-country team to persevere and ultimately earn a varsity letter although I had almost no natural athletic ability

Hi Gary, this is a bit late, but I too wanted to wish you a Happy Birthday. It was a pleasure to be able to spend some time talking with you at the mini-reunion in March, and to gain from you some insights into Princeton University that I never had before.

We've had a huge harvest of all fruits this season. Currently I'm in the middle of peach, pear, and plum harvest. Apricot and cherry season is over, and some of the earlier apples are ripe. Of course, when you have a huge harvest the challenge is being able to market it.

Here's hoping you had a great birthday.

Bill, just wanted to let you know that the mini-reunion at Jack McShea's Pub March 1 was a wonderful occasion. I had hoped you would make it but someone said you were out of town at the time.

Craig, just wanted to wish you a Happy Birthday. I judge from Gerry Curtin's comment that you moved sometime recently. Are you downsizing?

God willing, I am hoping to travel to the East Coast in late Feb. and if possible, see some of our classmates. I haven't been East since Nov. 2011.